Gold prospecting and mining talk, information and tips on how to find gold, locations to look, techniques to employ and fun stories and trip reports to learn from.

O.K.  I heard a new winter storm was moving in and so I wanted to get out of the house.  I decided to take my trusty new Gold Bug Pro metal detector back up to Cache Creek and walk around, do a little detecting, so I did...

The day was basically real nice for March...  Started off at 15F here at the house for the morning low.  But, by 10:30AM it warmed up to 31F and it didn't seem very windy, so I hopped into my Jeep, drove to Cache Creek. 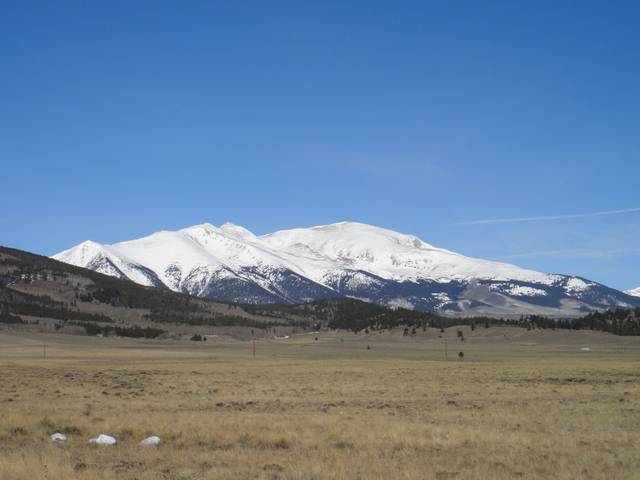 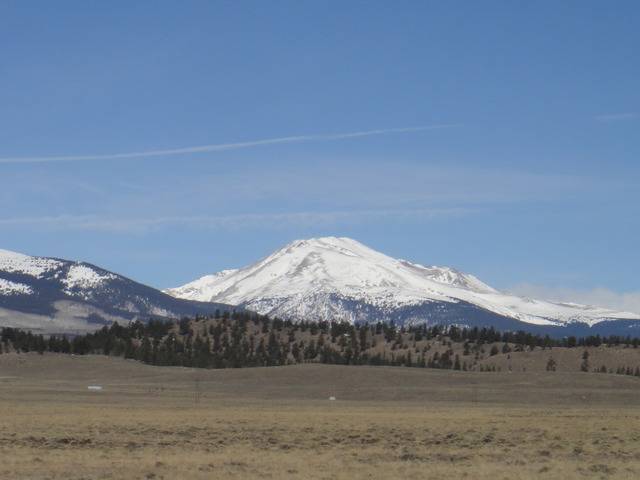 A nice pic of both Elbert and Massive further North: 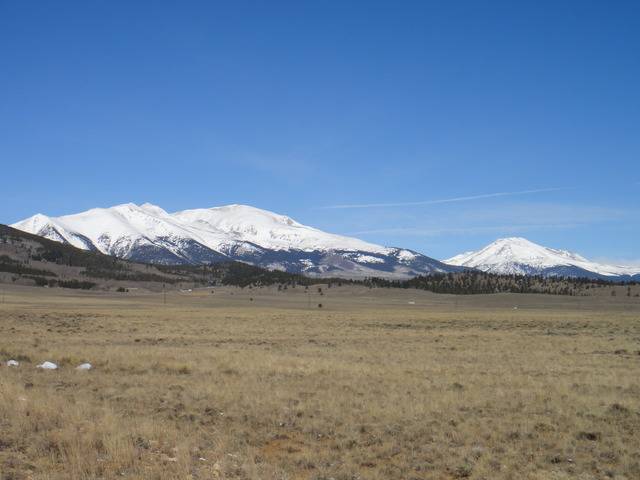 I drove to the West end of the property, parked, started walking the old water ditches detecting.  However, still a LOT of snow in the shade, under the trees and in the ditches.  So, I was forced to detect out in the open, on top where the sage brush and weeds were.  Not exactly where I wanted to look for gold, but hey.........if it's under snow it's under snow.

I got some signals here and there.  Most turned out to be rusty square nails, bits of iron wire or a piece of rusty tin can.  I did dig up one loaded 12-gauge shotgun shell and 2 loaded .22LR cartridges.  How they got dropped, lost WAY out in the middle of friggin' nowhere Cache Creek is beyond me.

I got tired of walking and digging in the mostly frozen ground after about 1 1/2 hours.  I got back in my Jeep, headed home.  On the way I saw where some total idiot had dumped 5 BIG plastic bags of garbage on the side of the road.  So, I stopped, picked them and the surrounding mess up, put it in the back of my Jeep to throw away back at the house.  The animals had just started to tear holes and scatter the trash.  If it had stayed there much longer the animals & strong winds would have scattered all the trash ALL over Cache Creek.  I mean......what an idiot to dump their garbage!

Then, on the way out I decided to detect a little bit more, so I stopped at a spot where the old timers just started booming and walked the cut in the hill and around the rock/cobble piles.  Here's a couple pics of my second detecting area: 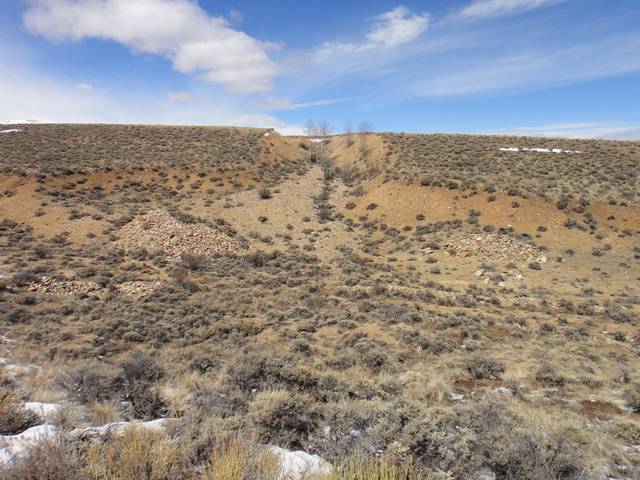 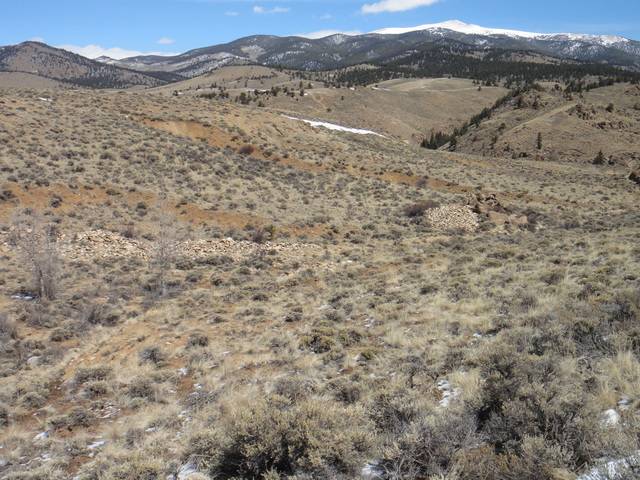 I worked my way up the cut, found several small metal staples and several lead bullet fragments.  Dang it, no gold.  Up at the top of the ridge I was surprised to see that not one but actually 2 old water ditches, dug all the way from the base of Quail Mountain, came together there and the remains on an old wooden water head gate still existed! 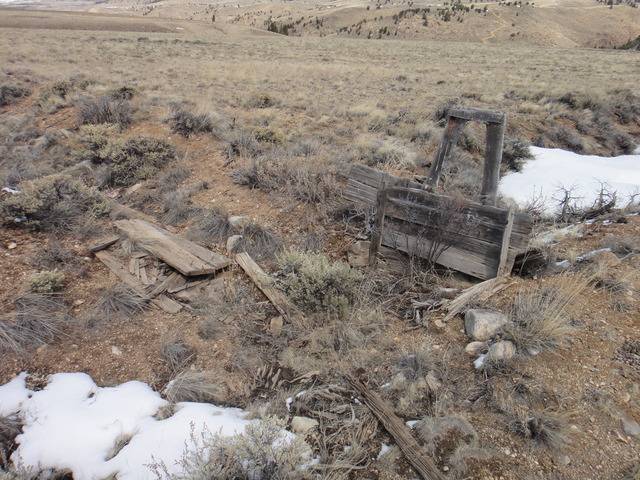 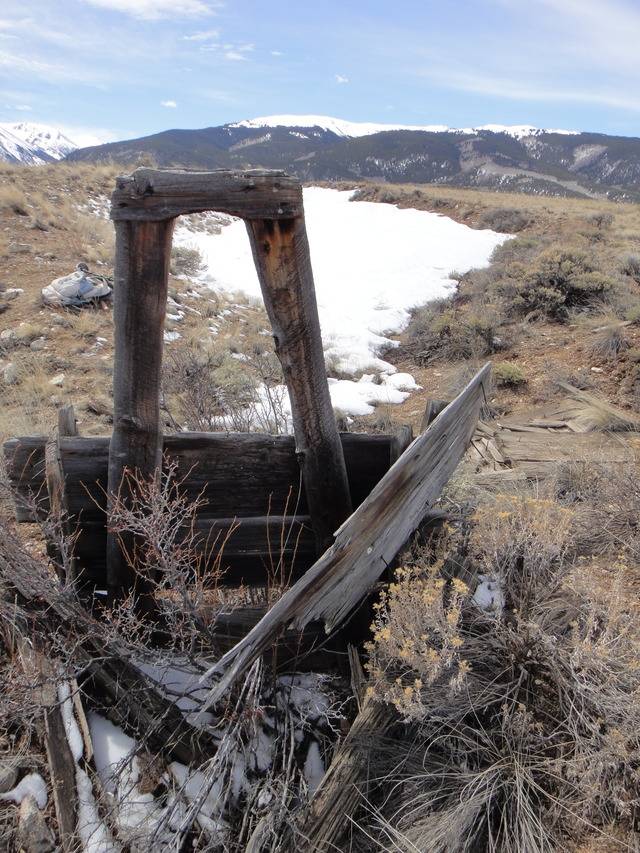 Mining ended in 1912, so this was at least 100 years old.  Very cool to see it still standing up after all this time.

Here's a few of my finds for the day: 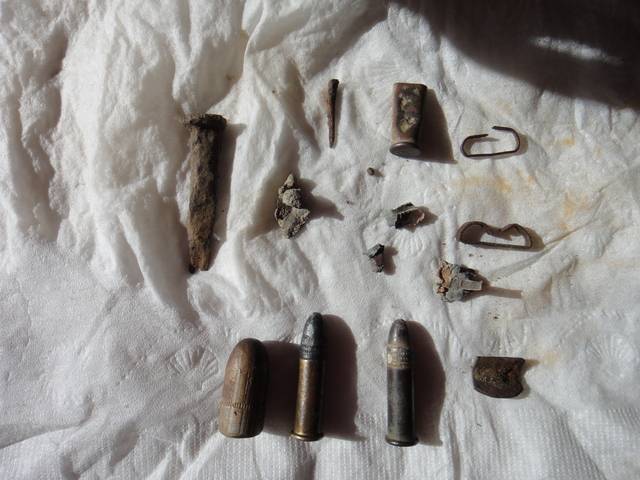 Anyways, so far I just love that super light Gold Bug Pro detector.....just 2 1/2 lbs and when you come across something worth digging you really get a good "zip, zip" alert.

Hope you too get out, go for some gold, post a Trip Report here on the Forum for all to enjoy.